Tennis can help you live longer! 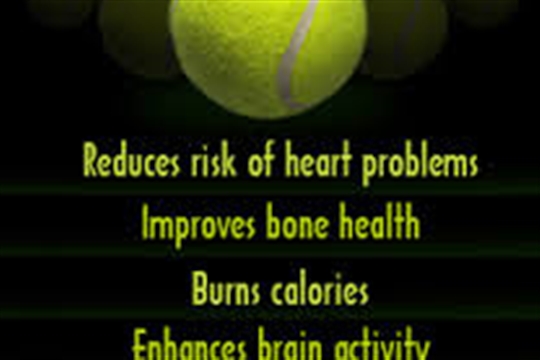 "Playing racquet sports regularly could help stave off death, but football, rugby and running may not help people to live longer, a study suggests.

Sport is known to be beneficial to health, helping keep weight down, lowering blood pressure and improving heart and lung function.

But it was unclear which activities were the most beneficial in the long term.

A study by Oxford University, and researchers in Finland and Australia, followed more than 80,000 people for an average of nine years to find out if certain sports protected them against early death.

It found that people who played racquet sports regularly were the least likely to die over the study period, reducing their individual risk by 47 per cent compared with people who did no exercise. Swimmers also reduced their chance of death by 28 per cent, aerobics fans by 27 per cent and cyclists by 15 per cent.

Yet running appeared to have no impact at all on dying early, and neither did playing football or rugby."

See here for full article in the Telegraph - although it was in many other papers.

For a more balanced view of the research see the NHS comments here (with a link to the original research results)- ie all sports are good for you - but we all know tennis is great!