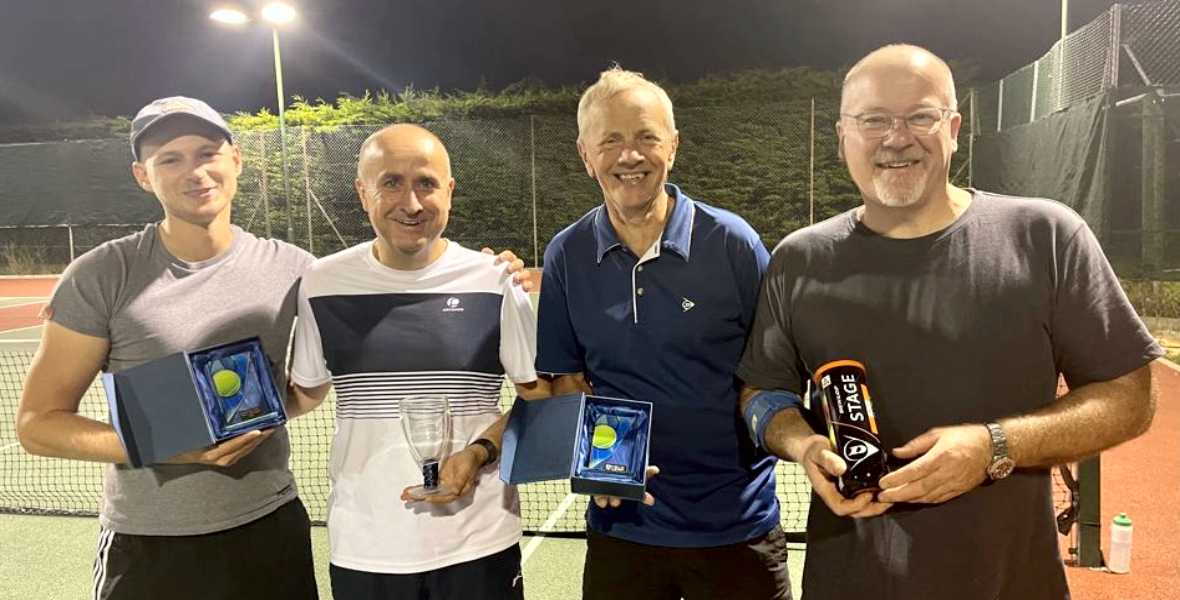 Somerton’s men’s doubles teams celebrated the conclusion of their Yeovil & District Tennis League campaigns with a curry and presentation night, where “Player of the Season” awards were presented to Ian Preece, who like the A team, finished third in the men’s division three standings, to Cameron Bateman, who finished top of the B team standings and to Joe Leach, who topped Somerton’s men’s C team’s standings.  Development player of the season went to Johnny Allen, with men’s captain Matt Brown receiving a bespoke, hand-crafted “Cider Glass” as a thank-you from the teams.