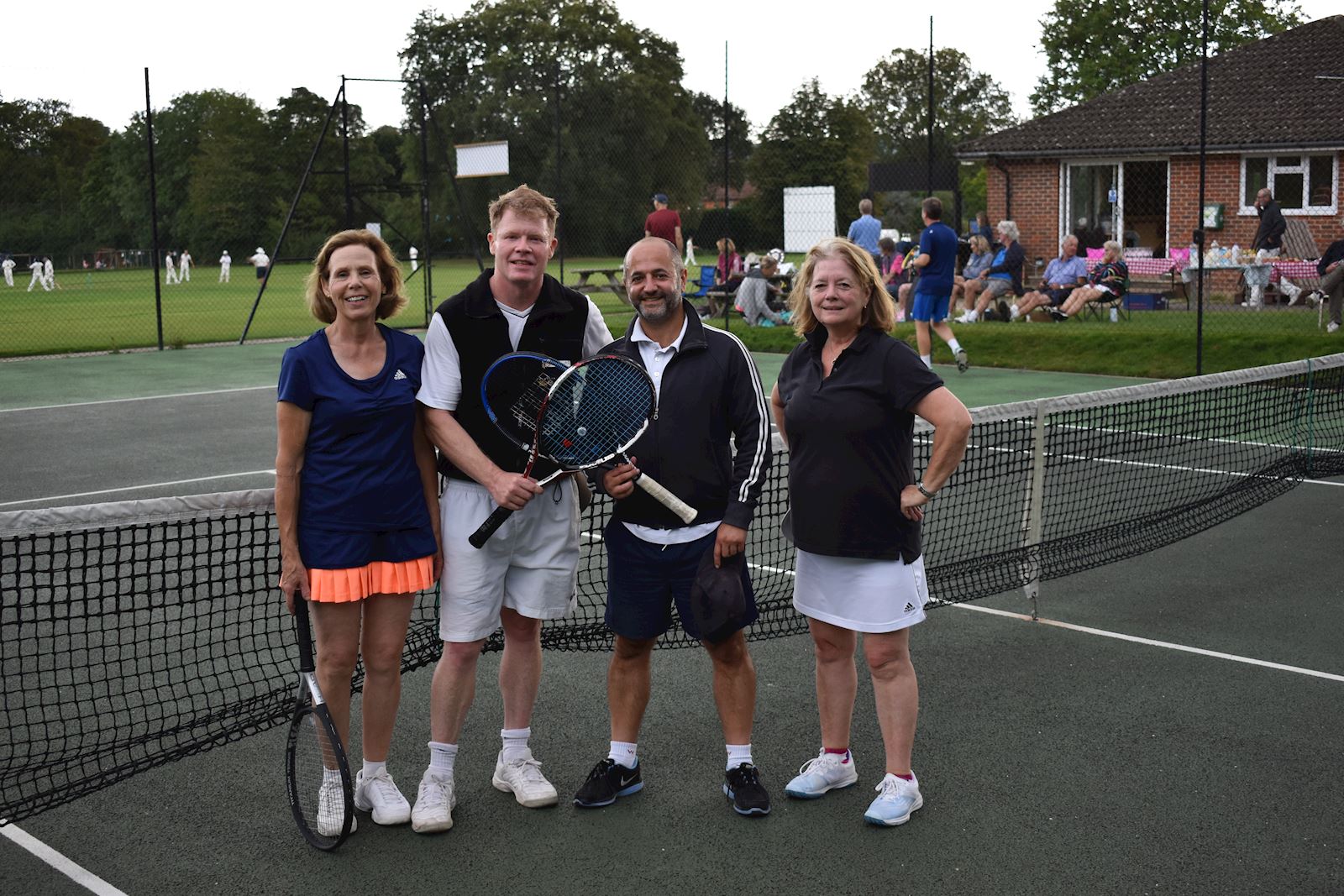 There were three round robin groups with the strongest six pairs  going through to the knock out stages of the Trophy and the others competing for the "Plate".  There were many hard fought matches before the lure of fat cakes and fizz brought proceedings to an end. This year's winners were Rory Nursten & Antonia Plant who beat Ramy Salameh & Charlotte Evans (see photo). Jon Meier & Jill Holland took home the Plate having beaten Jez Howard & Helen Ray in that final. Ruth Paine presented the prizes in the evening sunshine - a pleasant change in fortune after bad weather had curtailed both the Turner Tankard and Rusty Rackets tournaments earlier in the year