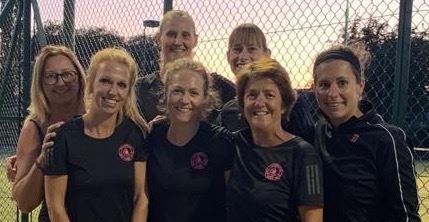 Charnwood remained undefeated throughout the whole nine match summer season playing an extremely high standard of tennis.  Ever-present, EmilyRodbourne (who amazingly won 25 of her 27 sets played) paid tribute to the whole squad saying ' every player has given their all throughout the season. Some matches lasted almost four hours and so team spirit has been key to our success'.

Captain Caroline Wilkinson was understandably thrilled and speaking exclusively for The Echo said 'I am so proud of the entire squad, the practice we put in before the season has really paid dividends.  We now want to keep this success going as we head into our winter league  campaign'.