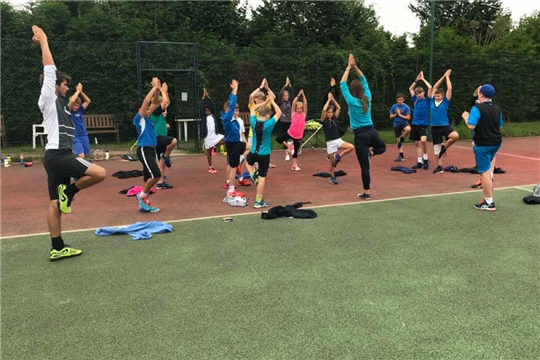 The Coaching Team have made some changes to the Junior and Mini Squad Sessions, namely to move to a half term pre-payment system for the Juniors and Minis and to require them to become members of the club. This is in order to know exactly how many players are attending each session to allow them to plan and deliver coaching sessions more effectively and to ensure we are abiding by LTA rules for entry to matches. It also allows a good coach to player ratio so the kids get a quality session as they build up to matches and tournaments. Its been kept at a half term commitment, rather than the whole term as most clubs do to make it much easier for parents to be able to arrange transport. Cost have been kept as low as possible meaning Hinckley Town Tennis Club is still the cheapest coaching in the county for the level of coaches provided. The club has not increased its membership rates this year either and Mini membership for a year is £25, with £35 for Juniors

Any sessions that are cancelled due to bad weather will either be reimbursed or carried over on to the next half term, like all other sports clubs do. With the popularity of squads and the amount of courts available there is a limit on how many players can be taken on, and places will be allocated on a first come first served basis.

There will be a meeting at 11.30 on Saturday 14 April in the clubhouse to advise of the changes and to allow you to voice any matters you’d like to raise. If you’re unable to attend but have any questions, please contact Chris Bint directly on [email protected]