ClubSpark
What We Do 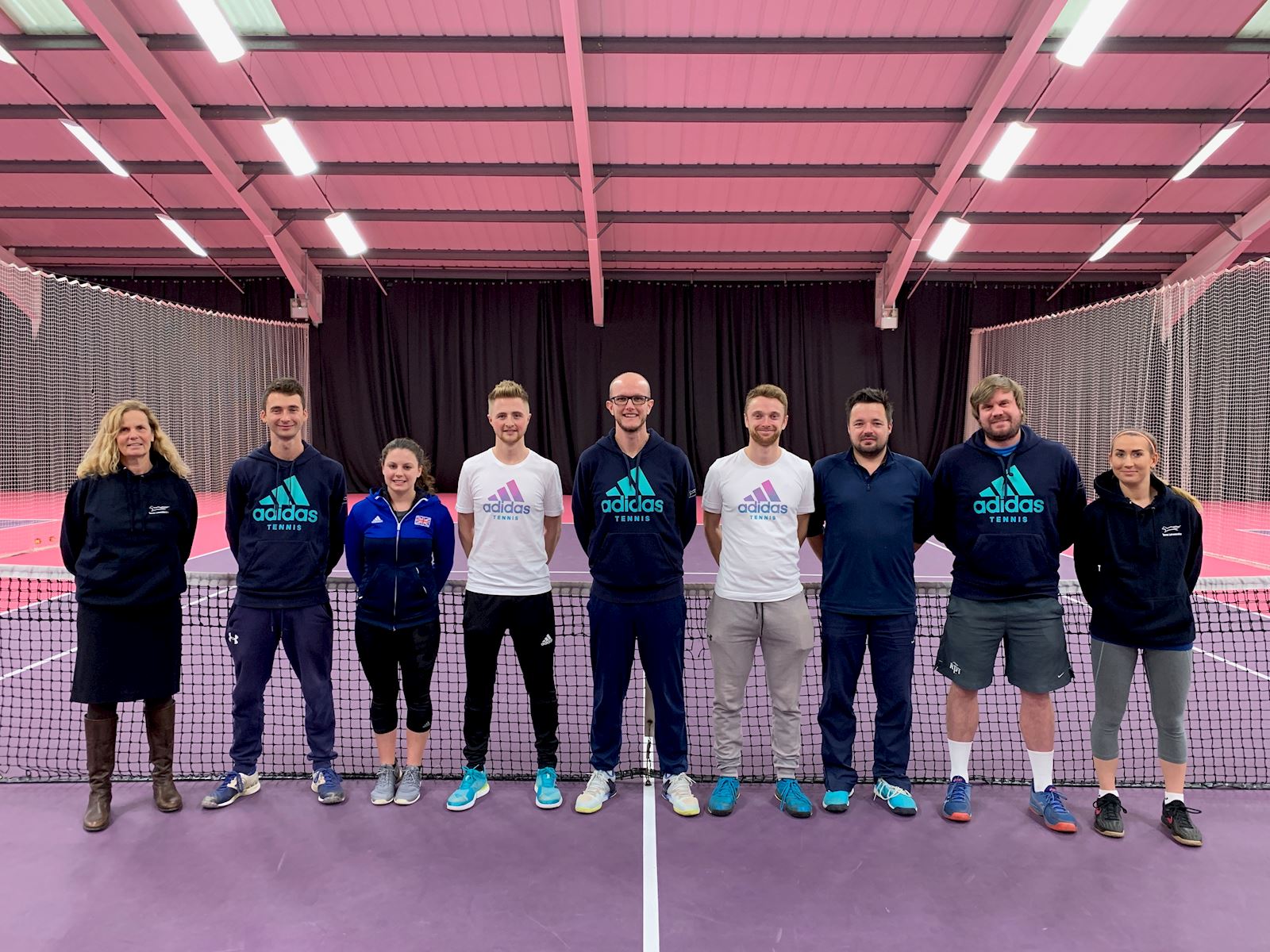 County training takes place weekly for 100 Leicestershire players. Weekly training currently runs for boys and girls from 9U through to 18U. County training is designed to provide an opportunity for the best players to train together on a regular basis. The aim of the training is to give us a greater chance of being successful at both junior and senior intercounty events.

*7U & 8U Red County Squad: This will not be running next half term as we are reviewing the format and selection process. The aim is to restart after Easter*

Up to 6 boys & 6 girls selected for Orange County Training Squad based on selection sessions to take place towards the end of each term for the following term which will be open to all players in the county on the basis of Coach nomination & recent form.

Up to 4 boys & 4 girls selected by ranking

Up to 8 boys & 8 girls selected by ranking

The Board of Leicestershire Tennis, in consultation with the LTA, has agreed on the following criteria to provide a transparent process for players around selection for County Cup, other County Teams and County training.

Selection will be based on a players Combined Leicestershire LTA age group ranking and will be taken from last Friday of the previous term except September when it will be the first rankings run after the age groups change. E.g. if a player is Ranked 1 in 14U but 7 in 18U an invite to 18U will be offered. Age will also be taken into consideration for the 18U  groups and older players may be invited before  younger players  rated above them if that older player is considered to be of an equal standard.

10U: 4 boys & 4 girls selected for Green County Training Squad based on recent form (recent competition results) or either on selection sessions to take place towards the end of each term for the following term which will be open to all players in the county on Coach nomination.

9U: 6 boys and 6 girls Orange Squad based on recent form (recent competitions results) or on Coach nomination.

16 x 8U and 16 v 7U players will be selected for Future Foxes weekly training based on selection sessions to take place towards the end of each term for the following term which will be open to all players in the county  or on the basis of Coach nomination.

Any player not attending County training will only be considered for county cup selection based on:

The wildcard pick can be put forward by a player’s individual coach (or by the age group captain) to be considered for team selection. The Tennis Leicestershire Performance Committee will review any Wildcards put forward for consideration.

A coach can nominate a Wildcard based on the player being away from regular competition because of Illness or injury or unforeseen circumstances which may have had an impact on their ranking.

From 1 April 2020, the LTA will also be changing the competition age group system for players 18 and under, making it easy and simple to use and understand.

The new system will be based on year of birth, aligning it with the approach used for the LTA’s Performance Pathway, and matching the international age group system. To coincide with this change, improvements to the national competition calendar will also be implemented next year, including the British Junior National Championships having a new position in the calendar.

What does this mean for players?

For the 2019 Winter Season a player’s age group will continue to be calculated based on age on 31 March 2020.

From 1 April 2020 a player’s age group will be calculated based on their age on 31 December each year.

Introduction of an 11U age group

An 11U age group will be introduced at all levels of competition. This will support players with making the transition from Green to Yellow ball. The 11U age group will compete using a yellow ball, however at some levels we may stipulate the use of a green ball.

Players will be able to play in the 11U age group when their tennis age is 10 or 11. In 2020, players born in 2009 or 2010 will be eligible to compete at 11U. Competitive opportunities will exist at all grades of competition in both a team and individual format.

The table below shows which age group players will compete in from April 1 to 31 December 2020:

For more information on any of these changes, please visit the LTA Website – www.LTA.org.uk/competitionchanges.

There will be a new 11U county Cup Competition introduced with qualifying in June and finals in July.

12U County Cup  will be moved to April with Finals in May.