Stoney Stanton Lawn Tennis Club was formed in 1962 with the enthusiasm and determination of a few dedicated villagers, some of whom remain active members of the club. From fairly modest beginnings, with two shale courts, the club has evolved over the years. A third court was added and the shale courts resurfaced. Floodlights were provided for the third court in the late 1970's. 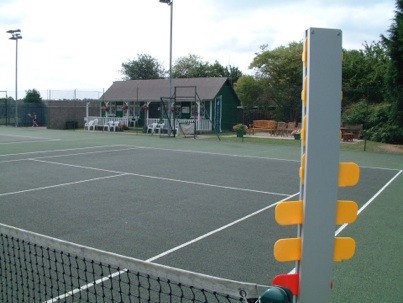 A secondhand pavilion, first built in 1932, was acquired from Roundhills Tennis Club. It is one of the few traditional wooden pavilion's that remain in the county today. Major renovations took place in 2001, in tandem with the playing fields development. The original kitchen, toilets and changing rooms were removed from the pavilion without altering its traditional appearance. All courts were resurfaced and a fourth one built. Three courts now have floodlighting.  After a lot of hard work by members of the club landscaping to the front and side of the pavilion was achieved. This included a new patio area and barbecue.